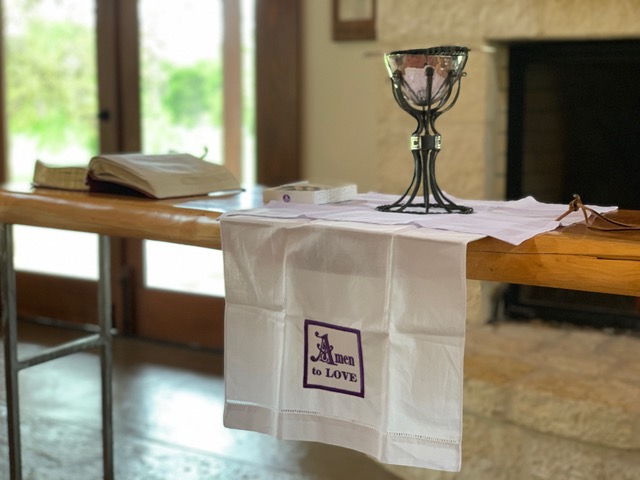 We are also part of the Anglican Communion, a global community of 74 million persons in 38 provinces throughout the world, headed by the Archbishop of Canterbury, currently the Most Rev. Justin Welby. While the Archbishop has no authority over The Episcopal Church, we share historical and theological ties. Recognizing the cultural diversity that is our gift in South Central Texas, our members are diverse and our worship is increasingly reflective of our bicultural communities.

Each diocese, or geographic region of The Episcopal Church, functions under a bishop, currently the Rt. Rev. David M. Reed, who has jurisdiction over the entire diocese.

In West Texas, our 87 congregations include parishes, missions, church plants, and worshipping communities ranging in size from 40 members to 2,000 members. Parishes are churches able to support a priest financially, who is known as the rector and called to serve by the church in collaboration with the diocese. Some mission churches are led by a priest, known as the vicar and appointed by the Bishop, and other missions are guided by dedicated lay leaders within the congregation, with the support of freelance priests and the diocese. All congregations, big or small, are the heart of the diocesan identity and mission.

The business of the diocese is conducted by the annual Diocesan Council, with representatives from every congregation participating in legislative and corporate matters as well as fellowship and worship.

Our clergy live their vocations in answer to a call from God. Clergy are ordained - first to the diaconate and then to the priesthood - after completing a rigorous three-year course of study at an accredited theological seminary. Recently, West Texas has partnered with Seminary of the Southwest and the Iona Collaborative to provide high-quality theological education for the formation of bi-vocational priests and deacons in our local community. The Episcopal Church ordains both men and women to serve as the chief pastors of their congregations, and church members who are not ordained clergy - known as "laity" or "lay people" - take on active, responsible leadership roles in the life and ministry of the church.

Our clergy are addressed as the Reverend [John or Joan Smith], abbreviated the Rev. [John Smith]. Bishops have the title of the Right Reverend, abbreviated "the Rt. Rev."

We invite you to worship with us and share our joy. Click here to locate the church nearest you.

David Mitchell Reed was born in Brownsville, Texas, on March 9, 1957, to William Wesley Reed, Jr. and Olive Helen Polley Reed. The third of six children, he was baptized and confirmed at Church of the Advent, Brownsville. He attended elementary school at the Episcopal Day School and graduated from Homer Hanna High School in 1975.

He earned a Bachelor of Journalism degree from the University of Texas at Austin in 1978 and taught school for two years before going to seminary.

He graduated from Seminary of the Southwest in Austin in 1983 with a Master of Divinity degree. He was ordained to the diaconate by Bishop Stanley Hauser in Church of the Advent, Brownsville, on June 12, 1983. He was ordained a priest by Bishop Scott Field Bailey in St. Alban’s Church, Harlingen, on January 13, 1984.

David served as assistant rector at St. Alban’s Church, Harlingen, from 1983 to 1987. He was called to be rector of St. Francis Church, Victoria, in 1987, serving there through 1994. He returned to St. Alban’s near the end of 1994, serving as rector until his election as Bishop Suffragan.

He was elected Bishop Suffragan for the Diocese of West Texas in a special council at TMI Episcopal in San Antonio, on March 25, 2006 and was consecrated in St. Luke’s Church, San Antonio, on August 26, 2006. He is the 10th diocesan bishop to serve West Texas (the fifth suffragan) and 1,005 in the American Succession.

The Rt. Rev. Rayford B. High, Jr. was appointed as Assistant Bishop to the Rt. Rev. David M. Reed in October 2020, and began his appointment on Monday, February 1, 2021. His responsibilities include Sunday visitations, meeting with vestries and bishop’s committees, collaborating with diocesan staff, and assisting with pastoral care for clergy and clergy families.

Rayford was ordained to the diaconate by Bishop Everett Jones on June 28, 1966. He was ordained as a priest by Bishop Richard Dicus on January 6, 1967. After serving as assistant rector at St. Mark's, San Antonio and rector of St. Francis, Victoria and then St. John's, McAllen, he was called to serve in the Diocese of Texas, as rector of St. Paul's, Waco in 1981. Subsequently, he served as Canon for Pastoral Ministries for the Diocese of Texas and the diocesan liaison to St. Luke's Episcopal Hospital in Houston.

High was elected Bishop Suffragan for the Diocese of Texas on June 7, 2003 at Christ Church Cathedral, Houston. He was consecrated by Bishop Bruce McPhearson on October 4, 2003 at Camp Allen. Bishop High also served as the Provisional Bishop of Fort Worth from 2012-2015. Following his retirement in 2015, he continued his ministry as an Assisting Bishop to the Diocese of Fort Worth. His appointment in West Texas began on Monday, February 1, 2021.

all diocesan bishops and suffragan bishops Are listed in the Episcopate in West Texas.

Send us a message, give us a call, or sign up for our Newsletter.

Oops! Your browser must be updated in order to fully access dwtx.org. Select an icon below and open or download one of the following browsers to continue viewing dwtx.org. The website may feel broken by continuing to use this browser.

If you have the Edge Browser already, Click this link to open the page in Edge.

Otherwise, select any browser icon below to download a modern browser